The PVGP hosts a reception for our races and their crew on Friday night before the weekend’s races.

Bring your race cars – racers leave the paddock in parade formation from the starting grid at 6:15, right after the driver’s meeting ends at 6:00. You will be escorted up the Boulevard to the reception. We encourage them to make the trip in race direction in their and park in front of the Cafe and on the Panther Hollow Bridge. You can drive up in your support vehicle too, but we ask that you not park with the race cars. The event runs from 6:30 until 8:30 PM. Drivers must return directly to the paddock at parade speed as volunteers and sponsors are still setting up the event and are using the track to load in. You will return via the Boulevard of the Allies through the chicane – the same way you came in. 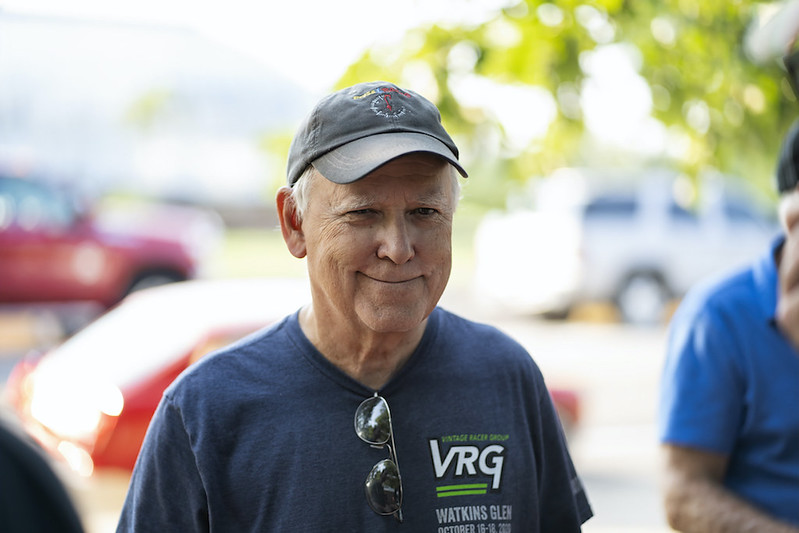 The Schenley Park Cafe and Visitor Center is located inside the track between turns 6 and 7, right after crossing the Panther Hollow Bridge. The PVGP hosted the reception there in 2014. This is a private event for PVGP guests, racers and their crews and is not open to the public. Our special guests from Vintage Indy will be attending too!

The Schenley Park Café and Visitor Center offers a coffee bar, light lunch fare, desserts, gift shop, trail maps of the parks, and clean, wheelchair-accessible restrooms. It is open Tuesday through Sunday from 10 a.m. to 4 p.m.  When spring arrives, the Café will be open seven days a week. The  Visitor’s Center was renovated in 2001 and included the restoration of four and a half acres of green space around the area. The landscape was overgrown with invasive plants and showed evidence of erosion. On the slope behind the Center, shrubs and native grasses were planted to help stabilize the slope, and jute netting was laid to hold the soil in while the plants developed their root system. A rain garden is located around the Center and captures one-third of the rainwater from the roof. A pipe from the downspout of the roof was installed under the walkway and infiltrates more than 18,000 gallons of water that would otherwise flood Panther Hollow Lake. Two beds of annual flowers are located in front of the Center and native shrubs, perennials, and trees are also found around the surrounding landscape.

The building that holds the Schenley Park Café and Visitor Center was originally designed and built between 1903 and 1904 by Pittsburgh architectural firm of Rutan and Russell (you may recognize their work at the University of Pittsburgh’s William Pitt Union, originally the Schenley Hotel). It was originally used as a picnic shelter, and two similar shelters were built around the same time but were torn down over the years. The Visitor Center is one of the few surviving buildings from the early days of park construction.

In its over 100 years in the park, the building has served as a concession stand for Phipps Conservatory, a tool shed in the 1930s, a workspace for the Pittsburgh Civic Garden Club, a nature museum housing snakes and other park creatures, and an office for workers conducting park repairs. Prior to the Parks Conservancy’s restoration project in 2001, the building had been closed to the public since the late 1980s.